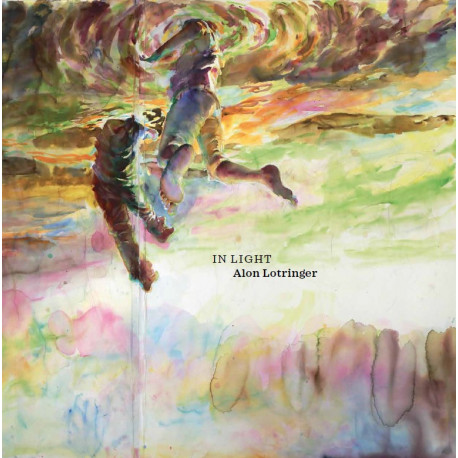 This product is no longer in stock

Alon Lotringer an accomplished songwriter and producer known for his unique and personal song writing and refined, cross-genre production style, Alon’s albums have been critically acclaimed in his native Israel, where his previous album “Ground” was nominated for “Album of the Decade.”

“In Light” was recorded at the end of October 2020, with the majority of its songs written the same year especially for this recording and with the specific musicians and recording techniques in mind. They represent Lotringer's signature songwriting style and unique mixture of influences from old school R&B and Folk to Art Rock and Ambient music. The album was produced by Guy Sternberg and Alon Lotringer at LowSwing Studio and cut in lacquer at Emil Berliner Studios, both of which are located in Berlin.

Most of the tracks were recorded live in the LowSwing studio on 28 October, 2020 with legendary musicians Greg Cohen (Tom Waits, Lou Reed, Ornette Coleman, Bob Dylan), Earl Harvin (Tindersticks, Air, The The, Jeff Beck), Thomas Moked Blum (Fink, Patricia Kaas) and later overdubbed by Alon and guest musicians including Lianne Hall. LowSwing records are recorded and mixed to analogue tape and then cut directly to vinyl. No computers, digital mixing or AD/DA conversion are used in the mastering process. The album utilizes LowSwing's unique collection of vintage equipment and instruments from the 1960's and ‘70's, much of which has been modified to the studio’s exacting requirements.

The mesmerizing cover artwork is the 2018 watercolour on paper painting “In Wasser” by renowned artist Martin Dammann.