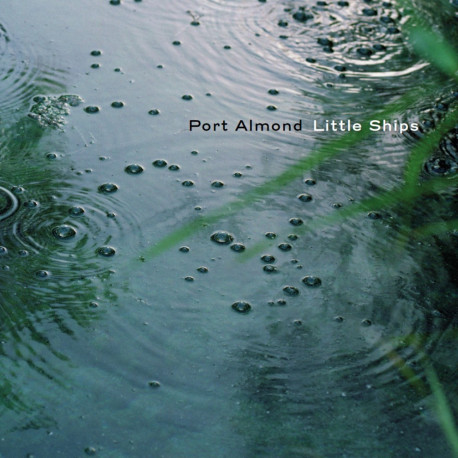 The birth of Port Almond's 2nd Album “Little Ships” was a difficult one. After the success of our debut album in 2018 (LowSwing Records LOSW003) a recording session was scheduled for April 2020 to record its follow up. Back then, the idea that the world would find itself in a state of pandemic sounded like the plot of a bad sci-fi film but of course the session was postponed, first to early 2021 and yet again to June 5th 2021. Then, as the musicians prepared for the recording session, disaster struck again: on June 4, LowSwing Recording Studio, the home of LowSwing Records, was destroyed in a devastating fire.

Although many already thought this fire signified the end of both the record and label's life, the Norwegian singer-songwriter Rune Simonsen (aka Port Almond) and LowSwing Records owner and producer Guy Sternberg were not ready to give up. In 2 days during September, 2021, the record was finally recorded to analogue tape and marked the first LowSwing records LP recorded out of LowSwing Studio. The record was done at Emil Berlin Studios and mixed at the legendary Hansa Studios.

As with his debut record, Little Ships features the British avant-guard trumpet player Tom Arthurs, outstanding Norwegian Bassist Dan Peter Sundland and Tom Krimi who is also known as lead musician of the German band “Prag” among other credits. Simonsen's surrealist world is portrayed here again with 10 new songs, each of which creates a universe at once so familiar and yet so extremely otherworldly.

LowSwing records are recorded and mixed to analogue tape and then cut directly to vinyl. No computers, digital mixing or AD/DA conversion are used in the mastering process.

The artwork to this LP was done be renowned Israeli artist Nir Evron, each of the records includes 1 out 4 eclusive art prints by the artist, packed randomly into the sleeve.

Packaged in a luxurious gatefold cover with Inlay and the art work , this Numbered Limited Edition was manufactured using a unique “one-step plating” process which eliminates two of the three plating steps, thereby reducing loss and improving sound quality. This Deluxe Edition is produced in co-operation with high-end marque Brinkmann Audio, manufacturer of the world’s finest turntables and audio components.

or choose to pay for insured shipping